I take the liberty of addressing you as Chuck, because you and I go way back. I met you on the first day of law school 40 years ago. Both of us, wide-eyed and a little intimidated, 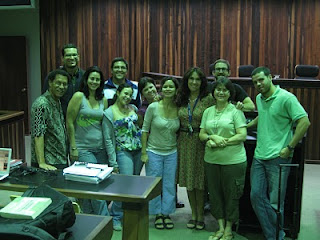 arrived at that elite school on pure merit and hard work. Unlike some of our classmates, of the
Skull & Bones ilk, neither you nor I had gotten into that hallowed institution based on birthright
privilege. And, in the best tradition of public service, both of us were geared towards using our
skills for the social good, although in widely different ways.

Although I followed your career over the years, it wasn’t until a year ago that I ran into you again, in the unexpected context of an elevator in the New York building where both your
parents and mine happened to live in their later years. We talked briefly, and you demonstrated both an interest in and a knowledge of happenings in Puerto Rico, where I have made my home for over three decades.

Based on that history, I write to you now. You are a person of certain power who follows events in Puerto Rico and represents many who come from this island. I believe you have come here in the past in search for donations for your campaigns. Therefore, I’m forced to ask ---- why the silence? Why haven’t you spoken out about the repression, the draconian economic measures, the torture of demonstrators, the intransigence of the government, the breakdown of institutions, the attacks on communities, all of which have become the stuff of everyday life here?

As I watch the news from the States and I see your former Junior Senator, now Secretary of State Clinton, exhort the Egyptian police and military to use “restraint” and demand that leaders in the Middle East open up to reforms, I ask myself ---- why the silence about Puerto Rico, the largest remaining direct colony of the United States?

Chuck, haven’t you heard about the strike at the University of Puerto Rico? Hasn’t anyone told you about the hard-fought agreement reached between striking students and the UPR Board last spring? Don’t you know how that moment of inspiration was quickly dissipated when the legislature, without an inkling of input from the university community, immediately increased the number of Board members. Within days, the governor nominated the new members, who
were approved upon consent of the Senate and immediately revoked the accords.

Chuck, you may have heard about the police corruption on the island, with the much-heralded arrests of over 100 officers a few months back. But are you aware that in recent days, peaceful demonstrations by students protesting against changes at the UPR, including a substantial tuition hike, have been subjected to known torture techniques by the Puerto Rico
Police? Do you know about the police attack on demonstrators last June 30, when a peaceful protest against the closing of the Senate Chamber was brutally attacked, resulting in dozens of injuries? Do you know about the use of tasers against a UPR student last June, the young man shocked three times for holding up a protest sign at a hotel, with the participation of the second in command of our police force?

Chuck, do you know that at this very moment, all demonstrations have been banned at the main campus of the University of Puerto Rico? Do you know that the chancellor of that campus issued an edict prohibiting even the passing out of leaflets, in clear violation of the most fundamental freedoms we were taught to hold dear back in our Constitutional Law class in the
early seventies?

Are you aware of the dozens of arrests of students for handing out leaflets, of the designation of “public free speech” quadrants, outside of which speech is not allowed? Do you know that in the irony of all ironies, a student was recently arrested for “illegal appropriation,” for removing one of the odious signs limiting free speech to these confined areas?

Chuck, of course you remember that in Con Law, we learned about “judicial restraint” and the fact that courts are not supposed to take up matters except in the context of true cases and controversies? Well, I invite you to read a recent decision of the Puerto Rico Supreme Court (packed with new appointments made not for their distinction as jurists, but rather for their political activism in favor of the governing party). In the absence of any pending case at that time, the high court decided that students did not have the right to strike and that the UPR could suppress their protest activities, with the distinguished jurists deciding to enter the fray under the theory that the case wasn’t moot because students could decide to strike again.

Chuck, do you know that the government of Puerto Rico, headed by Grover Nordquist protegé Luis Fortuño, has implemented draconian neo-liberal policies, including massive layoffs of public workers and privatization of basic services, for the benefit of the ruling few and for the ultimate impoverishment of the country and the elimination of any semblance of a middle class?

How about the fact that the governor and his cohorts continually snub their noses at those who dare protest? In late 2009, some 150,000 Puerto Ricans took to the streets to protest the administration’s economic policies. This gathering, massive in a country of less than 4 million, generated a Dick Cheney-esque “So what?” from the government.

Organized low-income communities have been attacked, as have institutions which have zealously protected democratic rights. Our Bar Association, long a defender of the rights of the underrepresented, is now subject to a legislative prohibition outlawing “political or religious expression” of any kind.

In this context, the fact that the Supreme Court appointments sailed through the confirmation process in a question of days, without any significant input from the legal community or other affected sectors, is particularly troubling.

Chuck, are you aware about the return to Cold War era rhetoric to attack those of us who dare to protest? A police colonel calling protesters “terrorists?” The governor’s right-hand man, Marcos Rodríguez Ema, saying that UPR professors are parasites and unrepetent leftists who should be “kicked out on their butts,” even if they have tenure at the UPR?

Chuck, you and I know that we were very lucky. Yes, we worked hard, but we got to where we wanted to be through the opportunities which were opened up to people like us 40 years ago. As I live and work in today’s Puerto Rico, I see that slipping away. I see the return to the attacks of the 1950's which decimated communities and suppressed legitimate demands for reform. I see the impoverishment of all but a few. I see repression reaching levels which are
frightening. I see the breakdown of the few remaining democratic institutions. And yet there is silence from those of you who profess to care about this island.

So, Chuck, I’m writing this open letter. While you and your fellow legislators are monitoring the situation in the Middle East, I ask you to pause to look a little more closely at your back yard. Take a hard look at what is going on in the most important colony of the United States. Use the power you have gained to stop this abuse before unthinkable violence occurs.From your old classmate, I ask you please to break the silence. 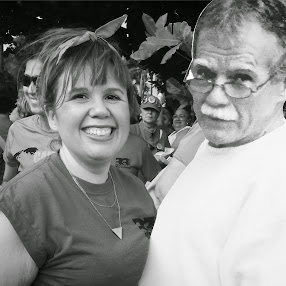 This work is licensed under a Creative Commons Attribution-Noncommercial-No Derivative Works 3.0 Unported License.

Ya apoyo a Río Piedras 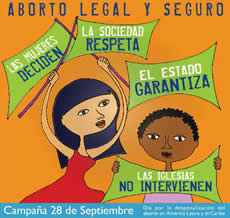